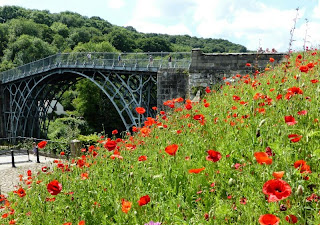 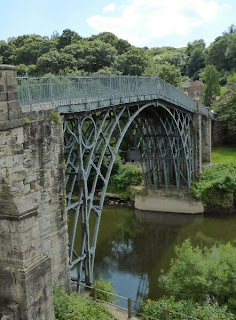 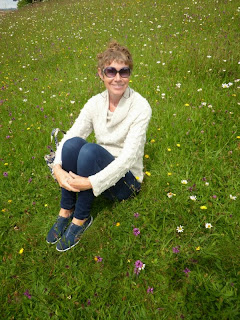 It was a lovely day today, so we set off from our campsite on a circular walk to visit the Ironbridge Gorge.
I learnt about it at school, and I was very keen to visit.
Ironbridge is thought of as the birthplace of the Industrial Revolution, and it was where the first large scale production of cast iron was produced.
It was also the site of the world's first iron bridge,  completed in 1779, which was built to show the world the superior skills of the local workers.
Our walk was very long, and complicated by the fact that although the 'visitironbridge' map was beautifully drawn, there was very few signposts along the way.
We also followed their recommendation to climb loads of steps to a viewpoint, only to find that large trees had grown so high that we couldn't see anything.
It was very interesting and all good exercise though.