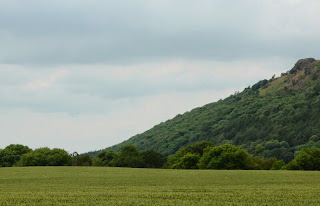 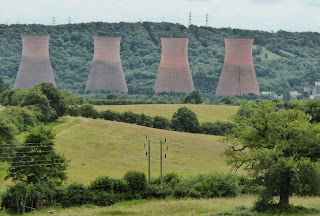 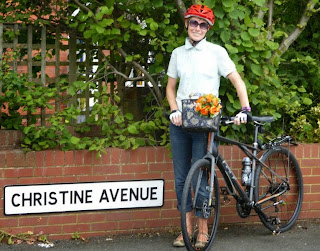 Once upon a time there was a wicked giant from Wales who carried a huge spade full of earth towards Shrewsbury. He met a cobbler who told him that it was so far away that all his shoes had worn out.  The giant then decided to give up on his plan and dropped the earth on the ground where he stood, making Wrekin Hill.  He then scraped all the mud off his boots, creating Ercall Hill.
We weren't going to cycle around them today, but we stopped for a picnic, and I left my gloves behind by mistake. I didn't realise for a few miles and by the time we had ridden back to collect them, we changed our plans and took the shortcut home.
I can testify that the giant carried a lot of soil, as it was so steep that I had to get off and walk to the top.
Nice day out on well signposted quiet roads. I also found Christine Avenue so stopped for a photo .
Is that a bit weird?
Posted by Christine at 11:13