Triathlon at the Commonwealth Games 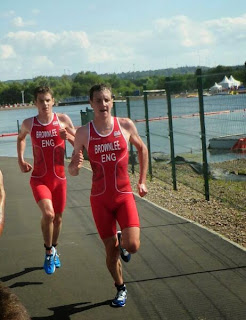 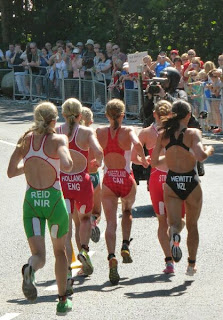 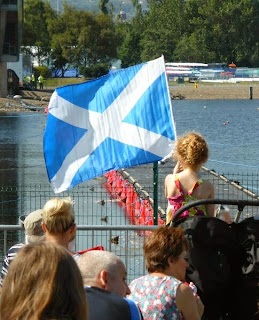 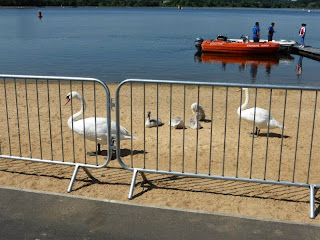 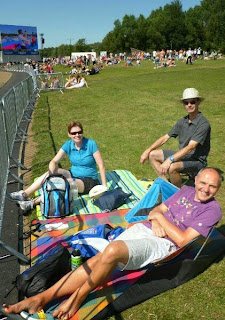 First day of the Commonwealth Games and we are on a campsite at Strathclyde Country Park, which happens to be the venue for the Triathlon.
The weather was beautiful as we strolled down to the course and found ourselves a good viewing spot. Elaine and Mark have joined us, and we had a lovely day, along with other enthusiastic supporters. The swan family were segregated on the opposite side of the railings, but they also seemed to enjoy the festivities.
Team England were in fantastic form and came first and third in the ladies race.
The Brownlee brothers dominated in the mens, staying at the front in the swim, breaking away on the bike section - although a young Scottish athlete stayed with them - much to the delight of the crowd.
By the start of the run they were out on their own, and won the gold and silver medals. Hurrah!!