Drama at the Tour de France 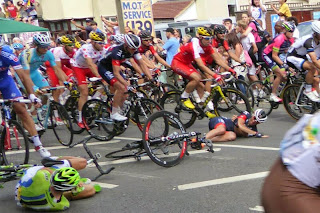 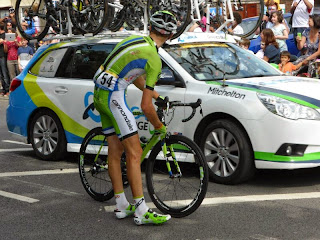 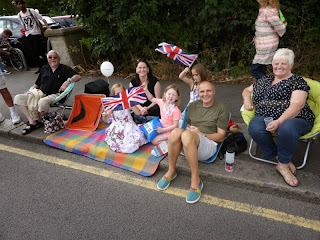 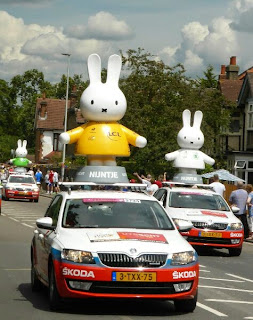 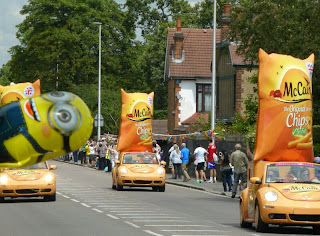 All of the family waited patiently on the roadside on the outskirts of London today for the Tour de France to pass by.
We had chairs, blanket, wine and a picnic, and enjoyed watching the tour caravan go past. My favourites were the giant Miffy's, and huge chip packets, although a crazy balloon crept into the final picture.
The riders cycled over 153 kilometres today and I  expected them to whizz by in a few seconds. Unfortunately, about 10 metres before they reached us, a spectator stood in the road to take a photo and a rider hit him. The rider then ricocheted into others in the peloton, and two riders crashed right in front of us.
They were both lying in the middle of the road, but no one else hit them. Once all of the riders had passed by, they both gingerly stood up, and number 54 threw his water bottle, (probably in a temper),which sprayed all of us.
The bottle landed in the road, and Darren picked it up, so we ended up with a souvenir of the day.
After that, their bikes were repaired and they set off after their friends, and the spectator was put in an ambulance and taken away.