Snorkelling in the Cayman Islands 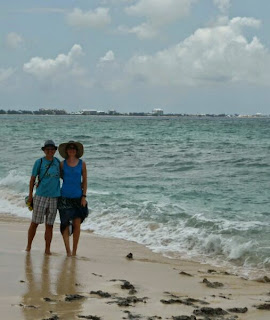 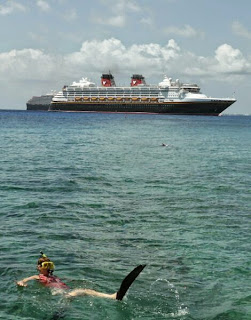 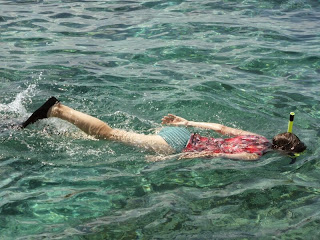 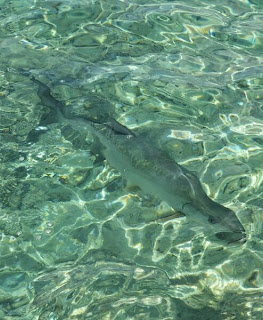 Today we arrived at Grand Cayman, the largest of Cayman Islands, although it is only 22 miles long and 8 miles wide.
We decided to start the day with a minibus tour around the main land based sights. First of all we went to a tiny village called Hell although it seemed okay to me. I think it was a fantastic marketing ploy by the owner of the little shop there, as he sold loads of souvenirs with the message 'I have been to Hell and back' - not to us though.
The highest land on the island is only 60 feet above sea level so there isn't that much to see on land, all of Cayman's treasures are water and beach based.
Once back at the port we walked around the corner from the ship and found a shop hiring snorkel gear, and with its own steps down into the water.
Once I had managed to get my flippers on, we swam out to an underwater reef with crystal clear water. The reef was quite far below us, but we saw lots and lots of brightly coloured fish. In a deep crack in the rocks we could see enormous fish - called tarps I believe - that were just floating quietly about.
The snorkeling area was quite large and for a while I managed to lose Darren, and during that time swam with a turtle - or so he claims.
Unfortunately, I have no underwater photos because last time we tried to take any we managed to get water in the camera and break it, so I haven't tried again since.
Idid manage to get a shot of a good big fish from the dock though.