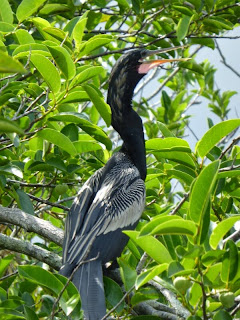 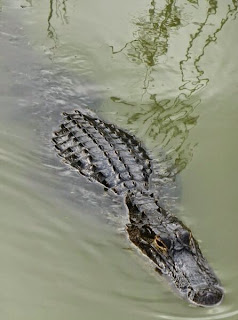 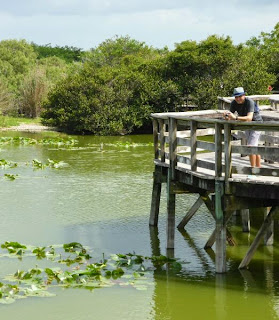 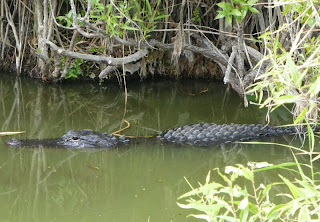 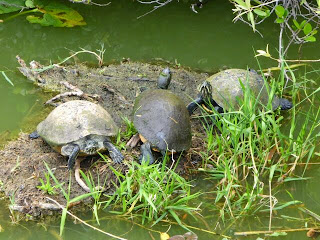 We picked up a hire car this morning and drove down to the Everglades National Park. We stopped at the Visitor Centre to find out what to see, and importantly, what might be likely to bite me, then headed to the Anhinga Trail.
It is the first Trail on the route, so we weren't expecting much from it. Big surprise then - it was amazing!
It was only half a mile long, but most of it was on board walks over a water hole, and it was jam packed with wildlife.
There was loads of exotic birds flying around including an anhinga bird (pic 1).
Even more exciting though were the alligators which were swimming through the water lilies, under the boardwalks and hiding by the banks.
They were enormous and very scary, but we were safely standing a couple of feet above them.
We also saw giant green crickets and turtles, although I was worried that the alligators might call them lunch.
It was all going really well, so we went along to the next trail and were attacked by crazy flies as we checked out the massive vultures in a nearby tree.
We sprinted back to the car and called an end to today's nature watch.