Once it got dark we went out to see the illuminations in Gion. They were only on for this week and it took us quite a while to find them.
Once we did it was surprising to see dozens of police on duty directing almost non existent traffic. They wore hi vis vests with blue flashing lights on the vests, and carried illuminated red light sabres. They all started shouting to each other every time a car appeared and they sprang into action to ensure that it arrived safely in the car park.
I was ambushed by a very insistent helper who gave me a large piece of paper and took me over to a tent where I was made to draw on it with felt tip pens. No one spoke any English and I had no idea what was going on, but I made a bad attempt at a pagoda, cherry trees and birds.
Once completed I was allowed out and I took it back to the helper who photocopied it, gave me my own mini lantern to take home, and we put my large one over a lamp as part of a display. 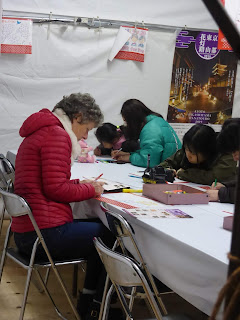 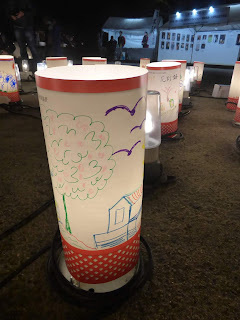 Everyone was really friendly and I won some McDonald's vouchers for my effort.
We then had a look around and followed the hundreds of lanterns to the pagoda. 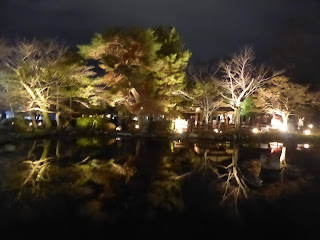 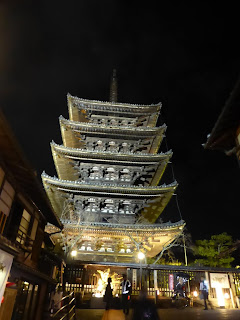