This is one of the most iconic places in Japan, and the picture of the Great Torii is one the front of many guidebooks. We caught the train from Hiroshima, then took a ten minute ferry ride to the island. 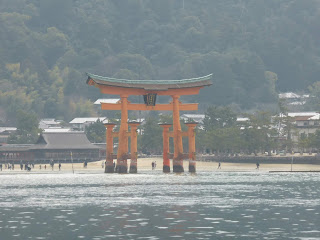 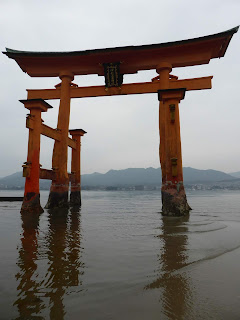 It is also home to herds of deer who wander happily amongst the tourists. 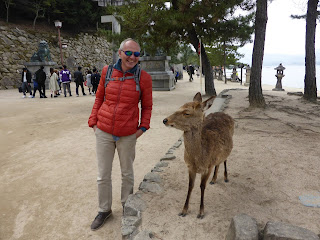 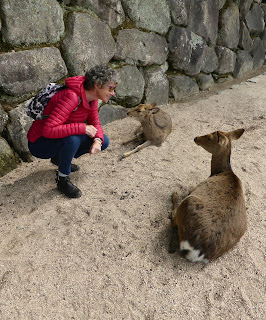 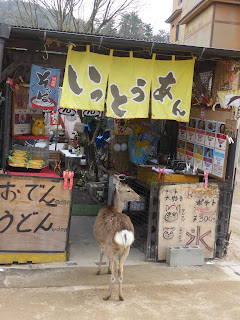 There is a whole forested island for them to live in, but they prefer the easy life, collecting food and cuddles in the middle of the action.
We arrived as the tide was going out so loads of tourists, us included went on to the beach for a closer look at the gate. 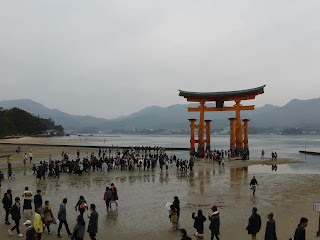 There is also a beautiful Palace, pagoda and town to enjoy, and we did a bit of sake tasting. It was very nice and we tried fresh sake which is only available in Japan, as well the aged varieties. 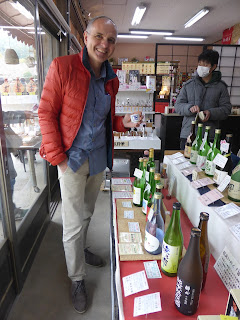 Final stop was at a bar with panoramic views of the island. We tried the local beer and something from the menu called 'beer potato'. What a nice surprise this time when it turned out to be a big bowl of chips. Strangely they were covered in fried onions, a few raw pieces of mushrooms and juniper berries.
A great day.
Posted by Christine at 15:02