Osaka is the third biggest city in Japan and we have just spent three days here not doing as much as usual.
It has a beautiful castle of course, I would have been shocked and disappointed if it hadn't. 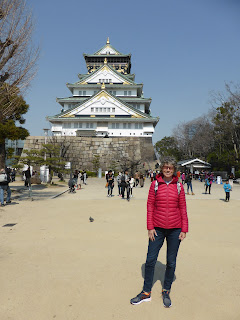 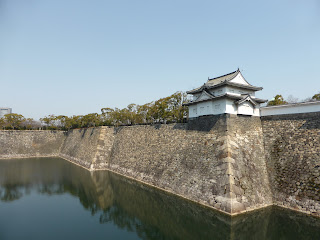 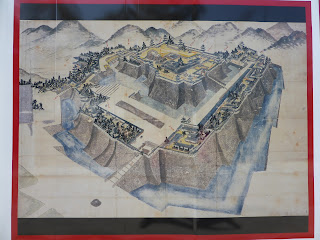 It is really well preserved and has a huge outer moat, high stone walls built of massive rocks and then a big inner moat. Also nowhere near as busy as Kyoyo.
We have done a couple of good runs - the first around the moat where we managed to get lost, and the second longer one along the river.
Apparently Osaka is famous for it's food, particularly Kobe beef but we have actually eaten a Mexican, a curry and then last night we went to a British style pub. There was no way of understanding the sizing of the food on the menu and we ordered a caesar salad that turned out to very cheap but enormous, and a  pizza that was expensive but tiny. Both came with chopsticks which is always a challenge, although they did do a nice glass of cider.