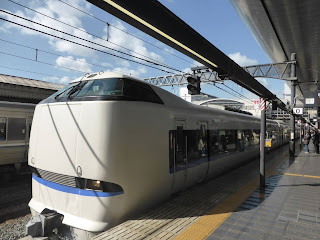 Kanazawa is similar to most of the towns we have visited in that it has a castle and a garden.
The castle was nice, but consisted mainly of walls and a big moat because the castle itself burnt down many years ago and wasn't rebuilt. 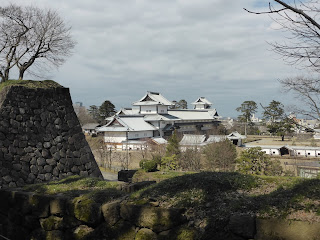 The garden was another of the top three in Japan, and it was a surprise to see it full of tourists. All of the tourist attractions that we have visited have included a shop nearby where people, but mostly ladies, can hire traditional Japanese outfits. They were doing a roaring trade today, and everywhere we looked were brightly coloured kimonos. 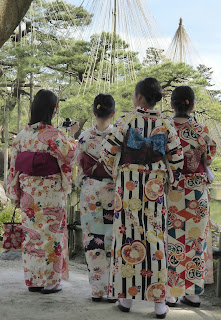 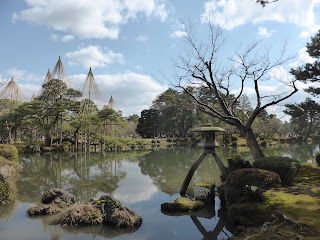 Kanazawa also has a Samurai area as well as a Geisha quarter, although we didn't see any real geishas during our time there. 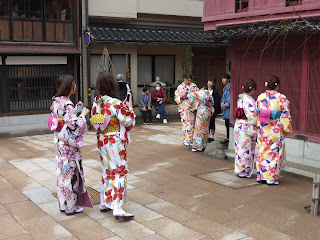 Much more rare were guys in traditional costume, but we occasionally saw them amongst the crowds of girls and I managed to get a discreet background photo. 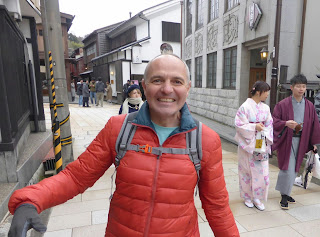