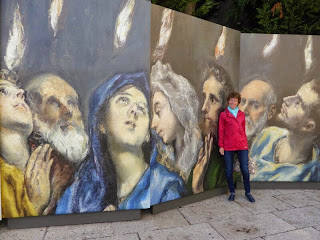 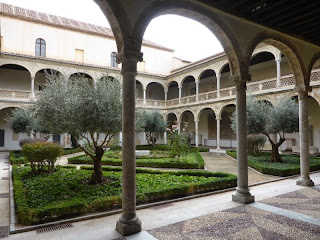 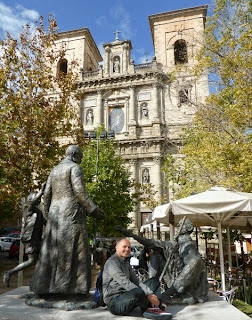 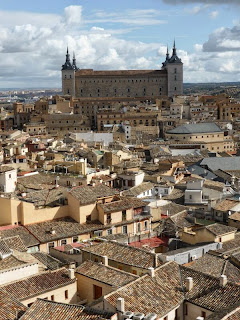 Toledo is crammed full of museums and churches and we had a good go today at seeing as much culture as possible.
Our main target was the artist known as El Greco, and we have learnt so much about him that I think I could answer questions about him on Mastermind.
His real name, that unfortunately I could never remember, (maybe I would struggle on the telly) is Domenikos Theotokopoulis.  He is better known as El Greco because he was born and brought up in Greece. He then moved to Venice, Rome and eventually Toledo where he lived from 1577 until his death in 1614.
This year is the 400th anniversary of his death, and there is a big exhibition of his work that we spent time wandering around.
The most surprising thing to me was that he painted a few original paintings, and because they were very popular, he had a workshop where other painters copied his work and then El Greco would just add finishing touches and sign them. Some paintings were better than others and the museum had up to five copies next to each other so that we could work out which one was the best.
He also had a sense of humour and added self portraits into his biblical scenes - there he is just behind my left shoulder.
The museum was surprisingly quiet and we were easily outnumbered by security guards who followed us all the way around, only leaving us when we stepped outside into the deserted museum courtyard - pic 2.
Picture 3 shows one of the many churches. We bought tickets to the top of the towers where we got some lovely views over the town.