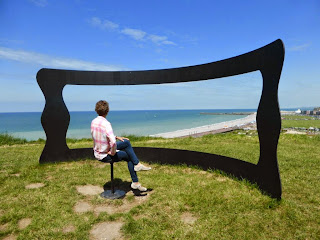 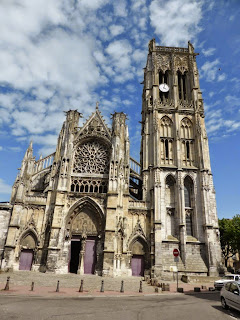 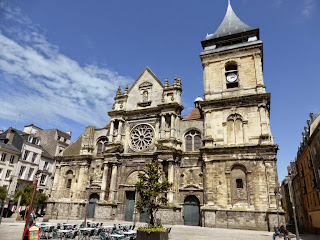 Dieppe is best known as a ferry port and possibly we have driven straight through here ourselves.
Today, though we stopped and are following in the footsteps of many of the great Impressionist painters.
We followed a trail around the town and saw where artists such as Pissarro, Sickert and Boudin sat and painted the local scenery.
Disappointingly the views had changed dramatically since the late 1800's, and there was only a couple of places that still looked similar.
We also found two beautiful churches that looked as if they had seen better days. Both had intricate carvings on them that had really been badly eroded.  When we went inside one of them there were huge nets that stretched across the whole ceiling.  They were there to catch bits of rock that were ready to fall off on top of the congregation.