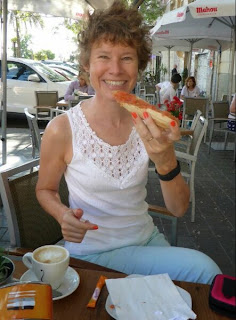 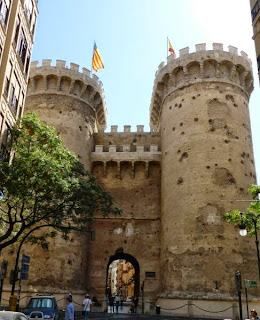 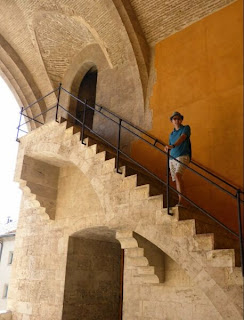 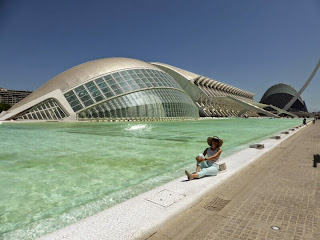 We caught a bus to Valencia today, then headed to a cafe for coffee and tomatoes on toast. Being in Spain is great as we can get our budget back on track - €3 return for the bus tickets and €1.90 for breakfast.
We picked up a map at Tourist Information and Darren was in charge of directions as we tried to visit every picture on the map. Today wasn't a day to learn too many facts though as he just announced the attraction number - eg, green 19 - as we passed by.
It was a lovely day to be out sightseeing and we did pay to go inside a couple of places, including the Torres de Quart. It was a huge tower that formed part of the city wall and was built in about 1450. You can still see where cannon balls have damaged it in various sieges over the centuries.
Our last stop of the day was the incredible City of Arts and Sciences area. It is made up of about six different buildings, all of futuristic design and surrounded by shallow turquoise ponds. The buildings were mainly shiny white, steel and glass and with the sun shining brightly the whole effect was dazzling.