Pamplona - running without the bulls 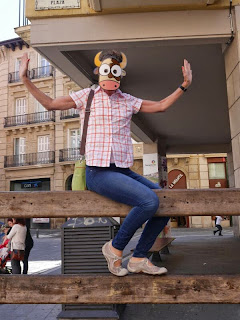 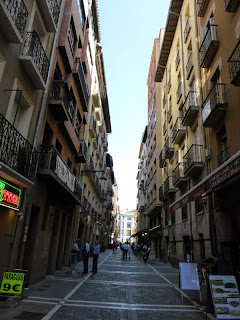 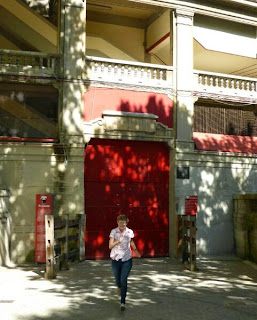 We were driving past Pamplona on the way to France, so it seemed a shame not to stop and pay a flying visit.
Pamplona is world famous for its 'running of the bulls', and every year in early July, about a million people gather to either watch or take part in the spectacle.
We found out that the bulls are corralled on the edge of town and then at 8am every morning for a week, a firework is set off and the bulls are released.
The route is straight through the middle of the town and young men run along ahead of the bulls in a very dangerous game.
We are here two months early, but we definitely got a flavour of the event. Big wooden fences are built to keep the bulls on track and I borrowed a bull mask from a Spanish family for the photo.
We also walked to the bull ring, which unfortunately is the bull's final destination. I am running away from it, and I am sure that this is what the bulls would have wanted to do once they realised why they were there.