Pool of Peace and the Menin Gate 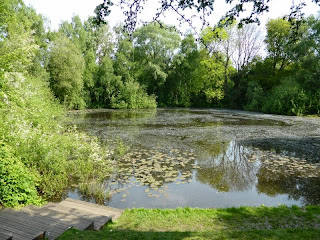 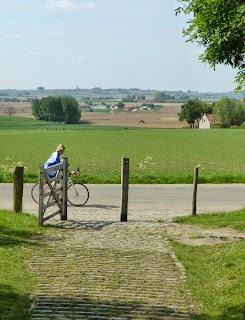 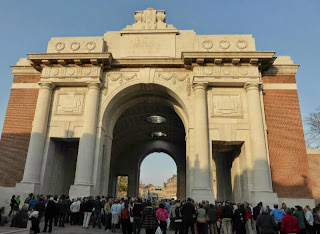 Quick cycle ride this morning to visit the Pool of Peace.
In June 1917 this area was the German front line and the British had spent many months tunneling underneath the German trenches. They then completely packed the tunnels with explosives and on the 7th June at 3.10am they exploded 19 huge mines.
It was the biggest man made explosion ever at the time and enormous craters were made.
They can still be seen and this is the largest one. The explosion was so loud that it was heard in London.
It is in the middle of quiet countryside now, and impossible to imagine the horrors that happened here.
We then moved campsites to the centre of Ypres and went to the Menin Gate where the Last Post is sounded every evening at 8pm. It was really busy as in the afternoon there had been a vintage car rally, a 100k running race and loads of activities in the town square.
We couldn't see a thing apart from the top of the flags, but it is an amazing place.
It is the main gate out of Ypres and was built to honour 54,896 soldiers of the British Empire who went missing in action locally from the start of the war until until August 1917. There wasn't enough room for the names of the 34,984 who died from then until the end of the war, so there is another memorial for them nearby.
I just can't get my head round the numbers here.