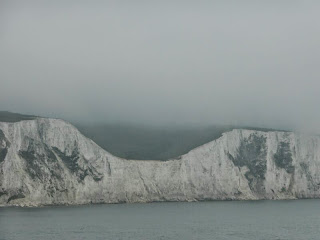 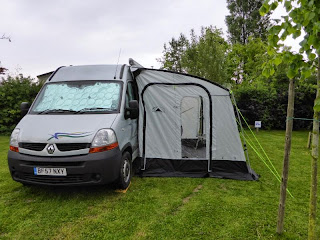 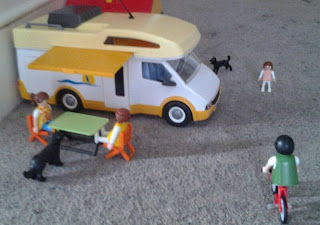 We said goodbye to a very wet white cliffs of Dover this morning and briefly passed through northern France, before arriving in Kemmel, Belgium for a few days.
Our first task at the campsite was to erect our new tent. We bought it at the Peterborough show and tried to use it last week, but after about an hour of slightly bad tempered fighting with yards of material and dozens of tent pegs we admitted defeat. (It didn't help that we were on a gravel pitch and couldn't hammer the pegs through, but other people seemed to have managed it.)
We were not going to stop today until it was up, and after almost two hours - tadaaaaa!
It isn't all our fault as it turns out, it doesn't fit properly around our van door, but it's looking pretty fine now. If only it was a bit warmer we could actually use it, although it is a good overflow for some of our stuff.
If we like it we are going to use it with our new van, if not, would anyone like to make us an offer for it?
Finally, today is Darren's niece Mia's birthday and she opened her present from us yesterday. We very imaginatively bought her a toy campervan and she has set it all up beautifully.