Gardens of the deadly sins 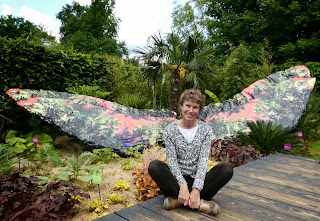 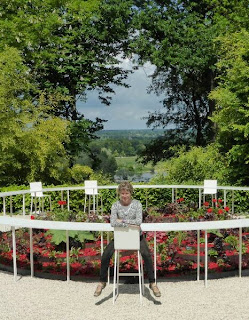 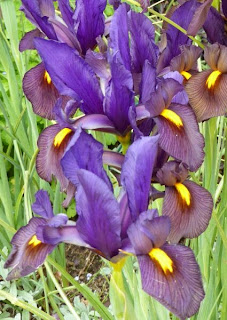 We also bought tickets for the International Garden Festival that takes place in the grounds of the Chateau de Chaumont-sur-Loire.
It happens every year and has a different theme each time - this one being deadly sins.
There were 24 different gardens and rather than doing each 'sin' three and a half times, they got a bit creative.
Fortunately, the French word for peach is the same as sin, so that popped up a few times.
The first photo is from a garden where an angel somehow lost her wings in the flowerbed, and with a bit of careful lining up, it looks as if they are now on my back!
The second garden features gluttony and a huge table surrounds red flowers that represent a banquet.
I thought two shots of me in one blog was plenty, so the final shot is of some gorgeous irises.
Ps, I had a couple of photos of Daz, but they were both flawed so didn't survive the cut.