Daytrip to Akita and Kakunadate

We caught the train again today on a day trip to Akita. Akita is on the west coast of Japan and it gets huge amounts of snow each winter. The views from the train were good and we arrived exactly on time. 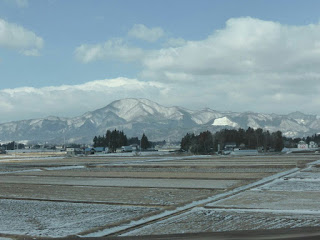 Akita is known for its large dogs, called Akitas, but we only saw lots of pictures of them during our rather brief visit. 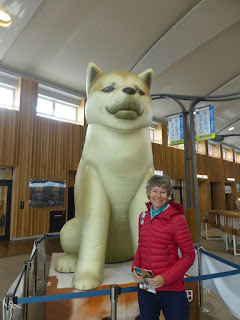 There was very little to see and it was just a town with a small market, frozen moat and an art gallery that we didn't go in. In less than an hour we headed back to the station and changed the time of our return ticket. We had time for a quick coffee and then back on the train to Kakunadate.
Just like yesterday, we were the only people to get off the train at the Kakunadate station, but we definitely made the right decision.
It was a cute little town with lots of snow, and it is known for its Samurai houses that have been very well preserved. 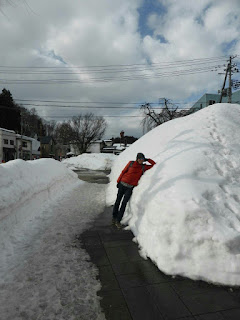 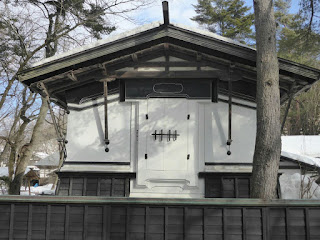 Most of them seemed to be closed and there was very few people about, but it was very scenic and we enjoyed wandering around the little streets.
In a little park we found a slope with lots of sledges next to a sign saying 'Snow playground, free renting. Please return it after use.' 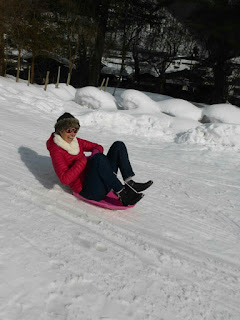 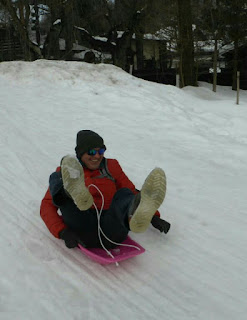 How could we resist?
Posted by Christine at 05:04