It was quite a long way to Takayama, up through the mountains on the slow train that stopped at every station. Nice views though. In a few weeks everywhere will be green and sprouting. 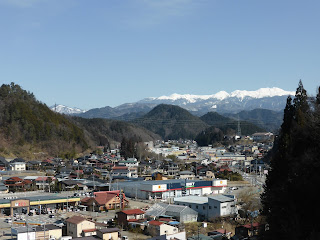 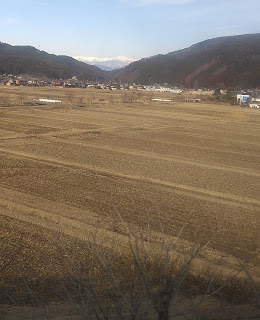 Takayama is an old wooden town that has survived the fires and earthquakes intact. It is full of narrow streets with low black wooden houses, lots of which have been turned into shops. They did not photograph well unfortunately. 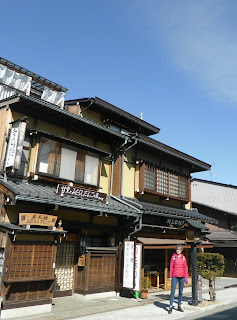 This is the only photo that I have saved, and I think that it is of the more modern houses on the town's outskirts.
After a quick look around we decided to follow a well known hiking course, as they are called in Japan. 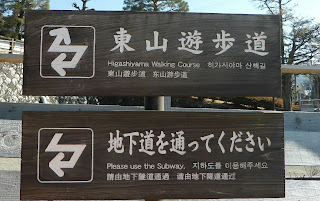 It was well signposted in a slightly confusing way, but we made it round and saw lots of shrines and temples en route. 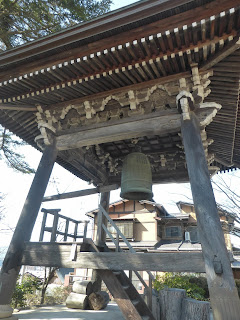 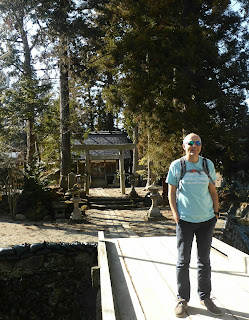 As you can see, the weather has warmed up a lot, and we caught the fast train home back down the mountain
Posted by Christine at 17:34