We spent the night in Nikko, which is a town in the mountains behind Tokyo.
Over 1,200 years ago a monk decided to set up a shrine in the peaceful forests here and over the years many people followed his example. Today it is a World Heritage Site and has many visitors. Most of these are Japanese, and it is the first place that we have visited where there are very few signposts written in English.
We got up nice and early and everywhere was quiet as we looked around, and the lack of signposts only caused a few problems. 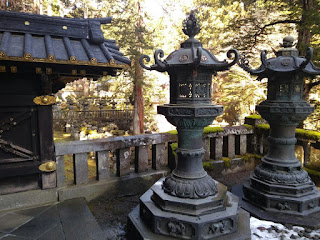 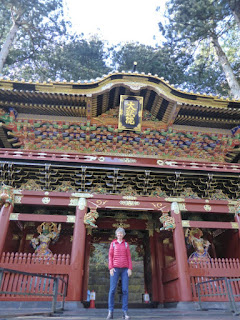 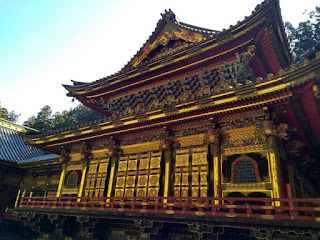 After looking around one of the famous temples we followed a quiet path up higher into the mountains. It was completely silent except for the birds, and huge trees towered overhead. Every few minutes we came across little temples set back in the forest and walked under Tori Gates. 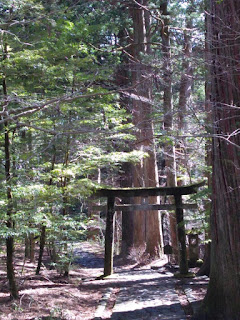 After reaching the highest temple we walked back down and set off along a river to see the Kanmangafuchi Abyss. It sounded very exciting, but either it wasn't translated very well or we didn't find it.
That didn't matter though because the walk upstream was beautiful and there was dozens of statues along the path that were all carefully wearing red hats and scarves. 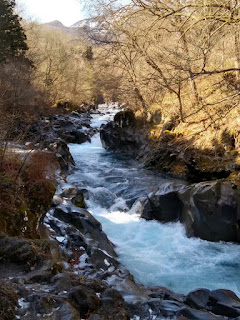 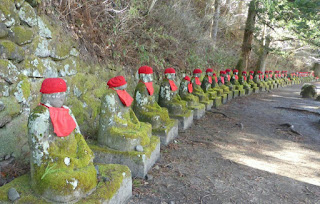