There wasn't much choice of outings at the travel shop, but a visit to a nearby cave caught my eye. Some people on TripAdvisor said that it was terrifying, but I thought that they were exaggerating.
You are taken around the caves on a rowing boat as the river flows under the cliffs. The entrance is very low, but I thought that we would be okay because it hasn't rained for ages. How wrong can I be?? 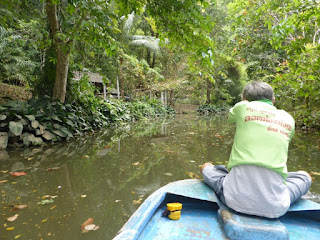 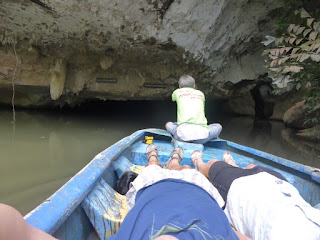 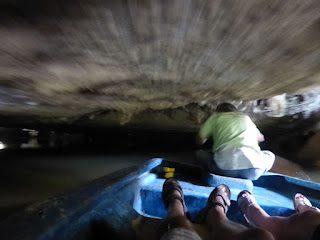 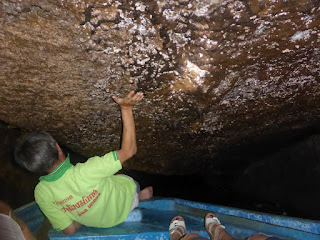 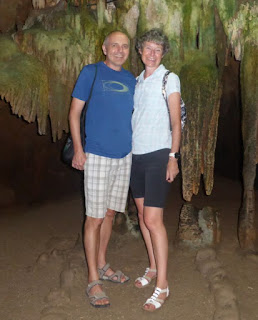 Halfway in and still smiling. It was very low and we had to lie flat for part of the way, but then it opened out and we had a nice look around in a section that wasn't under water. 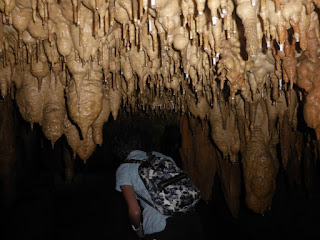 Off again into the stream. 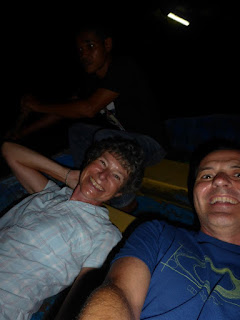 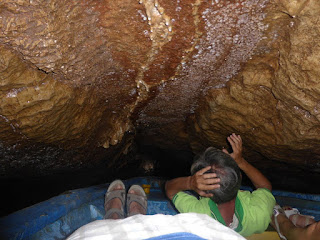 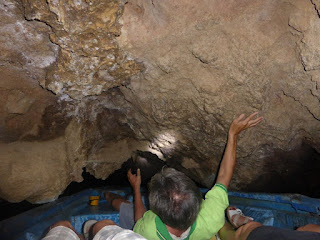 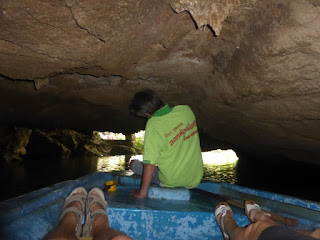 The way out was so, so much worse though. The rock was only a couple of inches above our all of our heads when we were lying flat. It was completely terrifying and I was so relieved to see daylight.
Amazing experience but not one that I will be repeating.
Posted by Christine at 01:14