We caught the bullet train bright and early for our day trip to the island of Hokkaido. It is right in the north of Japan and the main city is Sapporo, famous for holding the winter Olympics.
We weren't going that far though, just under the tunnel from the main island to a city called Hakodate.
It took three and a half hours door to door, including a change of trains. We were very surprised to see that out of the whole of our bullet train, we were the only people on the platform to Hakodate, and everyone else changed to the Sapporo platform. Was there something we didn't know?
Actually, I think that maybe there was something they didn't know, because it was really nice. 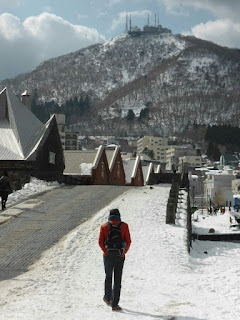 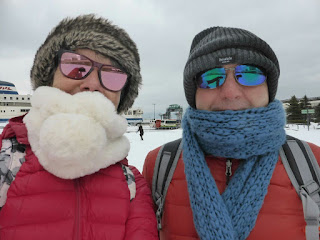 Cold, but we have bought new scarves for the weather.
It is a seaside port, with a mountain and cable car which wasn't working today, probably because it was too windy.
There was lots to see and it was all signposted in English so we found nice gardens but under a lot of snow, churches, coffee stops and lots of warm shops. 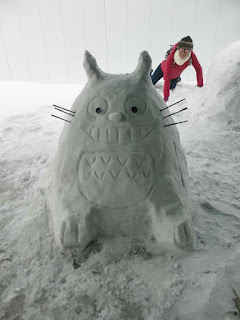 I photobombed an interesting snow cat, and we found a frozen beer fountain, but didn't get to taste today. 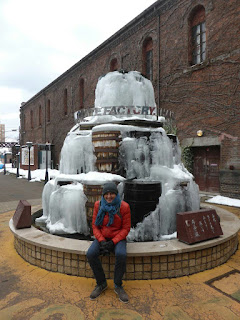