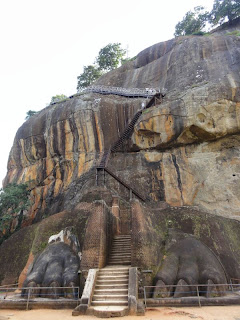 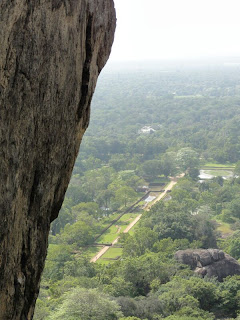 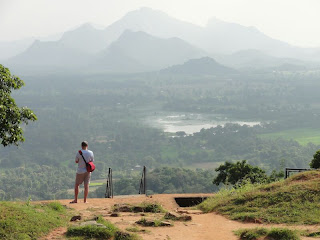 Once we got half way up it got even steeper and more spectacular.
We got to the lions paw and climbed up steps between the massive lions feet to take us to the top.
There is a metal staircase that winds its way up the rock, but in the olden days they used to use tiny steps that were hewn in to the rock, along with holes where bamboo canes were placed for people to use to help them climb up.
We were told that 1,500 years ago, the king and his court spent the winters down at ground level and then climbed the rock to spend the summers on top where they had built a palace and carved a large swimming pool in the rock.