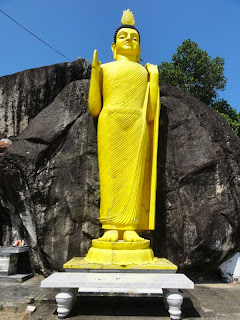 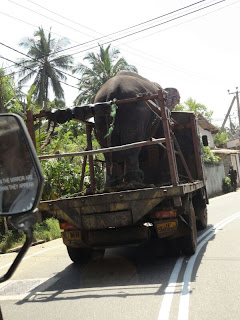 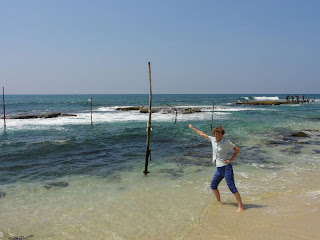 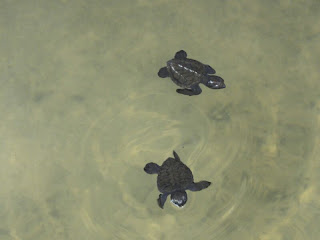 Caught a bus to Galle to see the Fort this morning for a bit of sightseeing. It is full moon day today and all of the tuk tuk drivers outside our hotel said we would not be able to get a bus as they would all be too busy, but of course they could take us instead.
We thought we would try anyway and the bus turned up two minutes later and was almost empty.
We got to Galle and all of the tuk tuk drivers shouted over to us that the Fort was closed for the morning as it was full moon day. We said we would check for ourselves but a man who was passing said it was true and we could check at the Tourist Information Office which was just opposite. He walked with us and showed us the path to the entrance. We said goodbye and a smart looking man walked towards us saying he worked at the Office but it was closed. He showed us a leaflet about attractions locally and said we must get a licensed taxi not any of the unofficial cowboys. He walked along the street with us and found one for us.
He made a big point of telling us how honest these drivers were and we agreed to an excursion. We had wanted to do one anyway and he seemed friendly.
We really enjoyed the tour including a standing Buddha temple, getting stuck behind an elephant on a lorry and a turtle sanctuary.
We also went to Koggala which is famous for the stilt fishermen but none were on their stilts today. They came across to us immediately and said they would pretend to fish for £5 for a photo!
I posed instead but not on the stilt. I am pretending to fish but look more like Usain Bolt.
The price of our excursion was rising rapidly, and we thought we had been had, so we insisted the driver take us straight back to Galle, and of course the Fort had been open the whole time. The driver then tried to ask for extra money as he said the money all went to the other people in the con.
It was quite a complicated scam really just to get us to take their tuk tuk tour, but we had a nice time anyway.
It's just a shame you can't believe a thing anyone tells you.