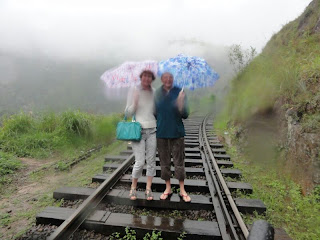 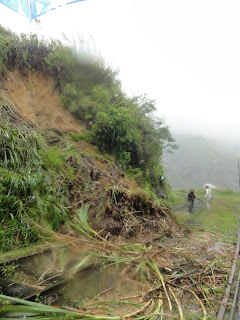 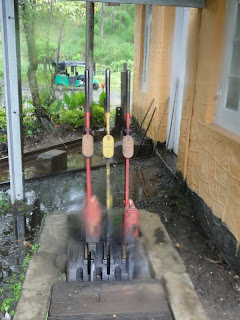 Hired a tuk tuk to take us to the famous - in the railway world - Demodara loop. Apparently a loop the loop is very rare and is where the track goes round in a circle and round over itself. Before you get excited it does it horizontally not vertically, which would have been a slight to see.
A train was due as we arrived and we actually walked around the whole loop, including through the tunnel. No sign of any train though which was probably a good thing as it took a while to get through the tunnel and I am not sure how we could have got out of its way.
I might have mentioned there has been a lot of rain recently and there had been a landslide that covered one of the two tracks. The other side was still okay but the main track between all of the stations was only single track so the landslide had taken away the crossing place for the trains.
Really enjoyed wandering around and the signals and points changers were the massive manual ones. It was just like we were tiny people walking about inside a Hornby train set.
Note that the photos have a fuzzy look to them, a sad case of raindrops on the camera lense.