Lost in the tea plantation 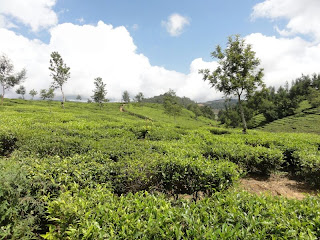 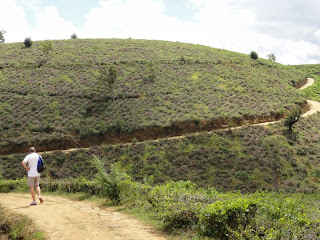 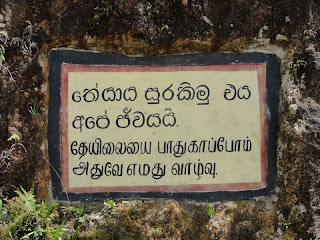 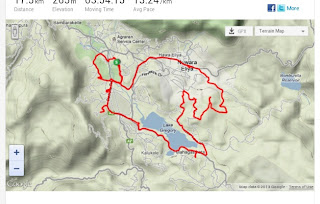 I have done this before and it always has scope for going wrong, but I decided we could visit two attractions, with only a vague idea of how to get from one to the other.
Darren tracked our route on his running watch but we could only see where we had been when he downloaded it once we got back, so it couldn't help us during the journey.
The download of the route looked sort of like an elephant riding a surfboard which summed up the experience quite well.
We started near the elephants tail and walked around a lovely lake, which explains the surfboard effect. We were then supposed to go in a straight line north through a tea plantation area to the tea factory.
The plantation appeared to have no roads through it, only dirt tracks and as we got in to it through an open gate, we thought we should not be in there, but thought it wouldn't take long.
We found a lady tea worker who spoke no English but kept smiling and pointing out a direction for us so we gave her a bit of cash and thanked her.
We carried on and found no road, but another worker headed towards us. We repeated the experience, she pointed in completely the opposite direction and we gave her a tip too.
We saw some beautiful signs but did not know what they said, although the few that included English words said things like 'save our soil' and 'plant a tree' which was interesting but not useful.
We then wandered randomly for quite a while, slightly worried that we might get into trouble for being there. We kept waving at lots of workers but not bothering with asking directions after our earlier efforts. Eventually we saw a bus drive by in the distance so headed in that general direction until we got out.
This is how we made the elephants head including truck and ears! We never did find the tea factory and walked back along the main road to complete the picture.