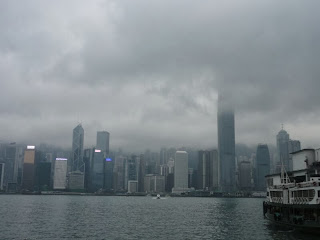 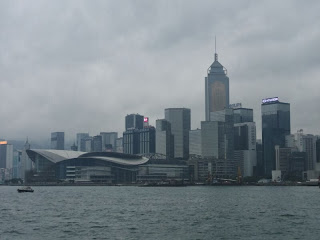 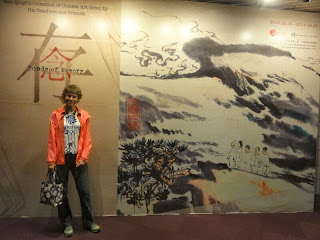 We were planning a walk along the hilltops today to enjoy the views, but the weather had other ideas. At times we could not even see the top of buildings, so we would have been walking through clouds.
Instead, we caught the Star Ferry across the harbour for the grand total of about 60 pence for both of us. We had a tiny bit of excitement as a buzzer sounds really loudly as the ferry is about set off. We heard it and had to sprint from the ticket machine to the gangplank, hopping on board just as it was about to pull away.
We spent the afternoon at the Museum of Art, appreciating some pieces more than others. I liked the traditional landscape pictures best, but there were also rooms filled with Chinese calligraphy and some wacky modern pieces.