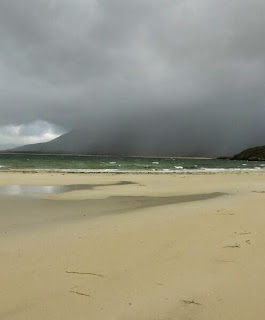 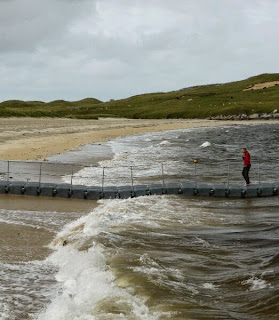 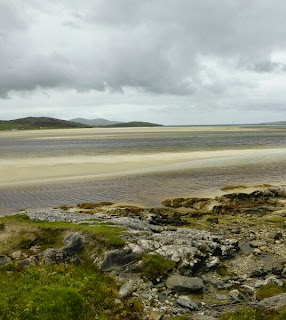 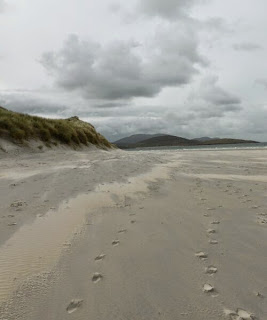 The ferry across yesterday was late, but fine after all - I think that we must have been sheltered by the island, so arrived feeling good.
We drove to a very basic campsite at Horgabost  that was almost on the beach - see pic one. On a summers day it would have been lovely, but huge rain clouds headed in so we had to whizz back to the van.
A gale raged all night and into this morning, so we wrapped up warmly and tried again. Along the beach we found a plastic walkway that headed out to sea, so Darren gave it a go as it rock and rolled with the waves.
We then headed to the beach on the other side of the estuary. It was called Luskentyre, and was  beautiful with miles of golden sand. We kept hoping that the sun would come out, (no chance) but it was remote, dramatic and amazing anyway.