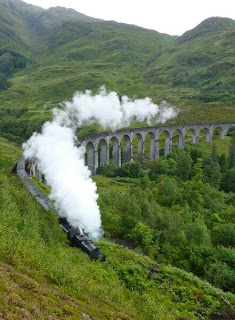 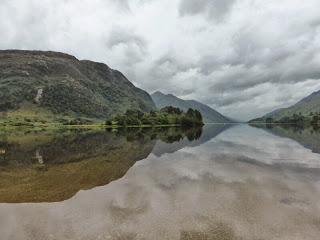 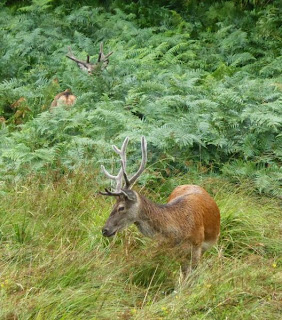 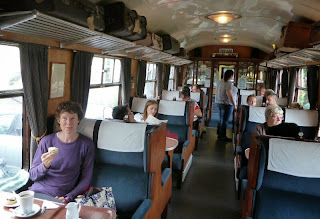 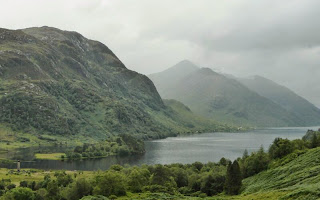 Cycle outing today to Glenfinnan - famous as the location for the film Harry Potter and the Philosophers Stone,  where Harry travels by train from platform 9 and three quarters at Kings Cross station, to Hogwarts school of Witchcraft and Wizardry.
We didn't have to travel as far as Harry, and it was a dream journey in the Highlands for us. The road was flat and smooth and ran along the loch from Fort William.
The scenery along the way was beautiful and we parked up and set off on a circular walk that we found in a magazine.
After only about five minutes we saw some deer being stalked by about a dozen camera wielding tourists, although they didn't seem too concerned.
We then stopped for coffee and scones in a train carriage cafe at Glenfinnan station, before heading off to view the main event - the steam train crossing the viaduct.
We waited with the other twitchers on a hill above the viaduct where we were attacked by midges, but it was a dramatic sight and well worth the discomfort.
Finally we headed back to our bikes that we had left at the visitor centre for the Glenfinnan Monument - pic 5 - which celebrates Bonnie Prince Charlie landing there in 1745.