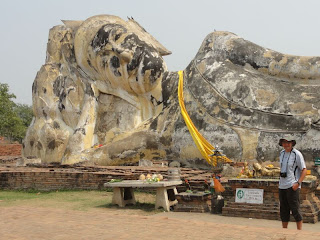 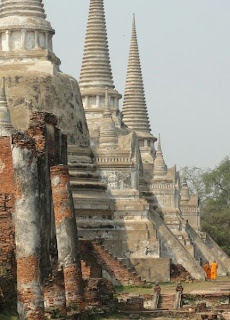 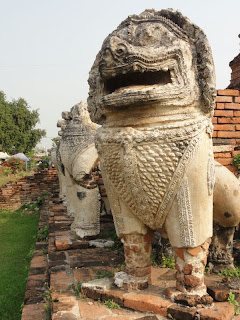 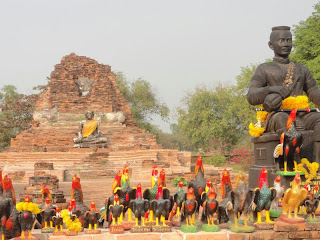 Bad, bad map reading day today. They say a bad workman blames his tools, but I don't care. My map was rubbish and it wasn't my fault we kept going round in circles.
However, the sights were fantastic and very peaceful. We set off early to avoid the crowds and the heat of the afternoon.
The ruins are spread across a large area and we went to about half a dozen different ones. We ended up walking about 16 kilometres. Probably two or three k more than was necessary.
Most of them had notices explaining a bit about the temple, but we have no idea what was happening with the one with all of the cockerels.
In the year 1700 Ayutthaya was the biggest city in the world with over 1,000,000 inhabitants. It was a massive trading centre, but in 1767 most of it was destroyed by an army from Burma who melted down the gold statues and took it back to Burma.
There is loads more to see so we are going to continue tomorrow.