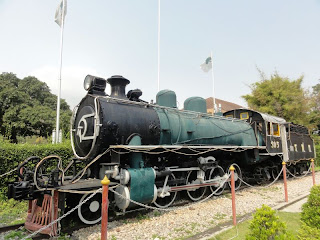 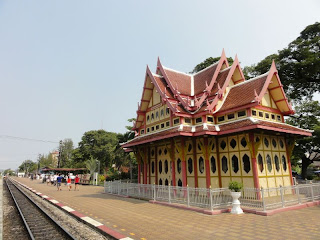 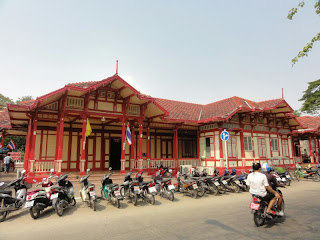 Set off from Hua Hin station this morning. It is a beautiful wooden station and features the original Kings waiting room that he used when he visited the Royal Palace that we saw yesterday.
I am surprised he had a waiting room as I would have thought he would have had his own train, or at the very least I thought they would make the train wait for the King, not the other way around.
After all of my previous moans about trains being unreliable, todays train was only 20 minutes late and took us over 400 k almost without incident to Surat Thani.
The only issue occurred when I was trying to put my seat back up straight and it whizzed down to the reclining setting instead. Unfortunately, the man in the seat behind me had his dinner carefully balanced on the pull out table and it fell off, all down his trousers and on to the floor.