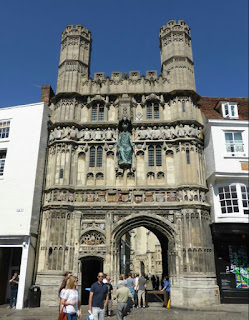 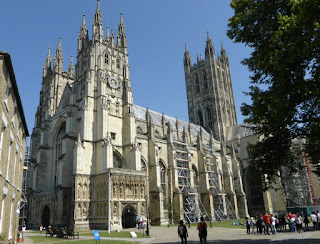 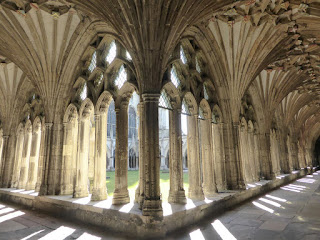 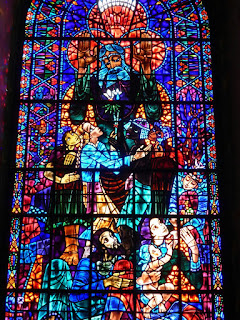 There has been a Cathedral in Canterbury since the year 597, but it has taken until 2015 before we came to visit it.
It is an amazing sight, and you enter through an incredible gatehouse that is right on the High Street.
Behind the entrance it opens out onto a wide green space with the Cathedral straight ahead.
We opted for the guided tour and so we learned loads of facts and dates, some of which will stick in my mind and some that have unfortunately already fled.
The Cloister (pic 3)  was a beautiful place which was used daily by the monks, and today there are 18 stonemasons working full time to conserve the Cathedral.
There was also lots of stained glass windows dating back almost 1,000 years, but the most interesting were two large modern windows that were created in 1953 by a survivor from Auschwitz. One depicts the terrible treatment that he suffered and the second represents freedom. Strangely, the faces look like modern characters from Disney movies (although the window came first).