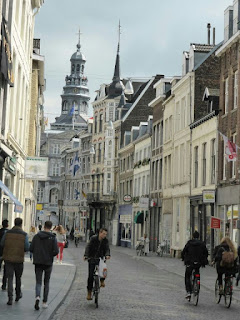 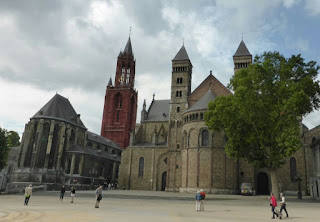 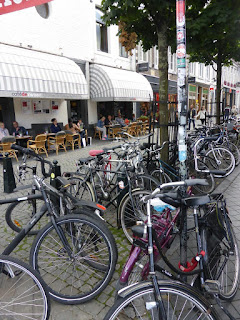 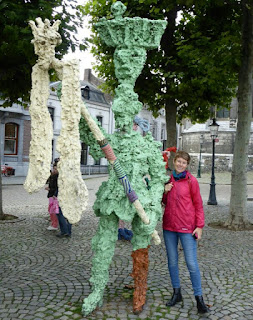 We went to Maastrict today and it was less exciting than I had expected.
I knew the name very well from the News, and assumed that it was a big political place. I have looked it up on Google and the Maastrict Treaty is huge. It was actually the Treaty that created the European Union and then the Euro. However, it only happened in Maastrict by chance, and it is not the heart of European Politics after all.
It is actually a very pretty town and full of lovely old buildings, coffee bars and cyclists.
We also went to visit the Bonnefantenmuseum and Contemporary Art Gallery. We were mainly keen because they had bought a large tapestry by the English artist Grayson Perry. It was called the Walthamstow Tapestry, and as Darren was brought up there, we thought that we would take a look.
It was large and rather strange, but quite good in a weird sort of way. (Sorry no photo as I had to check in my handbag.)
It turns out that it was the high point of the exhibition and the rest included a giant burnt out wreck, lumps of plaster with pipes sticking out, plain white paintings with a few tiny numbers in one corner, etc, etc.
I could tell it was bad when I accidentally walked into the cleaning cupboard and thought it was an exhibit.  I then walked into another room in the gallery and walked straight over to the window to look at view instead of any more of the odd stuff. Time to call it a day, I thought.