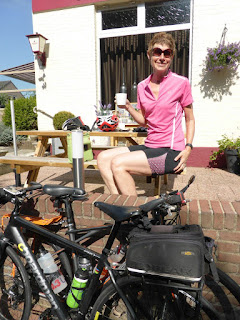 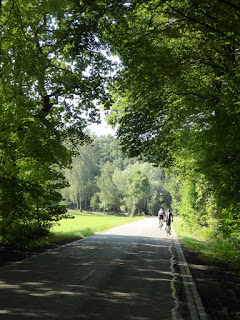 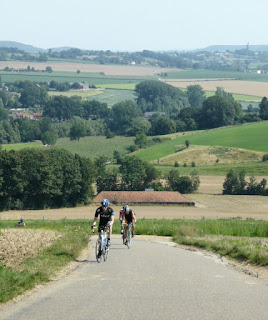 This will be my last blog about cycling in Holland, as I think that I am getting too repetitive. However, I can't help the fact that we were out on the Amstel Gold course again today.
We didn't intend to do the third segment, but we woke up this morning and it just seemed a shame to miss out on the final challenge.
We set out early as we knew that it would be hilly, and also over 110 kms, which is the furthest that we have ever ridden.
Great ride and to ditto the last two days - lovely weather, great cycle paths, thousands of other cyclists, friendly cafés and tired legs.
To put our efforts into perspective, the winner of the 2015 road race, Michel Kwiatkowski, covered 258 kms in 6 hours and 31 minutes.
We cycled almost an identical route, but it took us just under 14 hours on the bikes. (On his own Daz would have been faster, but he had to keep stopping and waiting for me.)
Unfortunately, you should technically also add on two nights sleep, a few coffee and lunch stops, dozens of water stops, the time that I got lost and followed some unknown guy who resembled Darren, and two short sections where I walked up the hills - something that I have never seen in the Tour de France.
Ps, tomorrow I will write about something else in a different country.