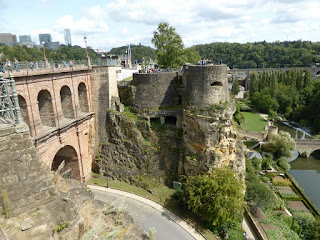 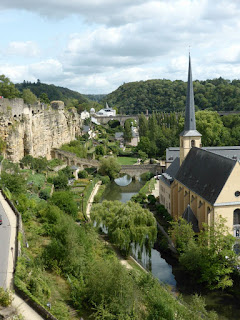 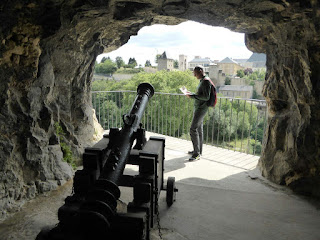 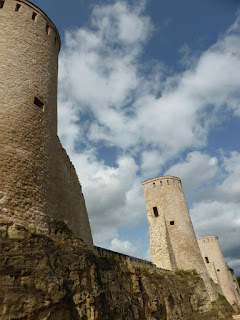 We caught a bus from our campsite to Luxembourg city for a good nose around. At first it didn't look very exciting, but then we found the old town and it all started to look much better.
The stone castle in the first photo is the place where Luxembourg began, way back in 963. The rock had been important site for many years, as it was surrounded on three sides by a valley so was easily defended, and it was an ideal place to build fortifications.
The huge bridge to the left of it replaced a wooden drawbridge in 1735.
Over the next four centuries, the best military engineers in the world turned the whole area into one of the most fortified places in the world.
It all looks very calm today though, and we spent our time climbing on castle walls, walking up and down towers and stumbling through dark underground military tunnels.