Whitstable along the Crab and Winkle 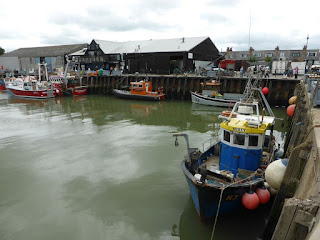 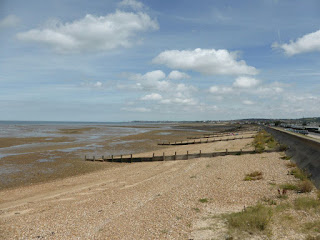 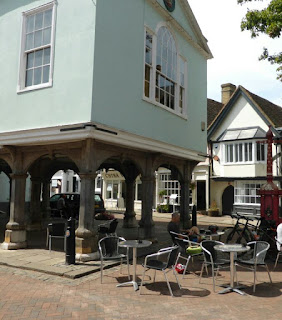 We biked along the Crab and Winkle Way cycle route from Canterbury to Whitstable. It was originally a railway line that was the first in world to carry passengers by steam train.
The tracks are long gone now though, but it was a lovely, if rather hillier way than expected of getting from C to W.
Whitstable was a little seaside town with a busy harbour. It seemed quite posh as there was an oyster and champagne bar right on the seafront.  It didn't tempt us as oysters are too scary and champagne too expensive, so we headed straight past.
We then cycled along the coast to Fakenham as it was recommended to us by a fellow campervaner.
I forgot to ask him why, but when we got there it was a very pretty and quaint place, so I am sure that was it.
We stopped for a cappuccino outside a house with a plaque outside saying that it was built in the year 1240.
It seems that almost everything in Kent is ancient.