Kitted out in lycra again 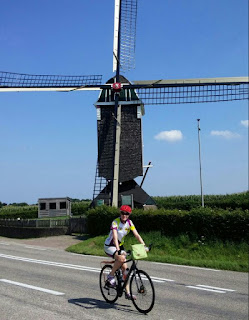 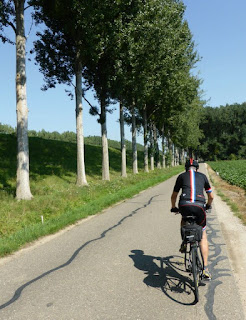 Another good day out on our bikes. Holland is so lovely, and just as you would expect. We have seen a few windmills, amazing cycle paths that go on for miles and miles, and thousands of other people on bicycles.
There are so many bicycles that we have joined flocks of them heading in all directions. I even managed to get lost as I followed one group and didn't notice that Darren had gone in a different direction. I travelled a couple of kilometres before he phoned me to find out why I had disappeared.
Today we cycled the 75 kms section of the Amstel Gold race and fortunately it was a lot flatter than the section that we did yesterday.
After that ride I zonked out just after 10pm and didn't move again for nearly ten hours, but I am feeling much brighter tonight.