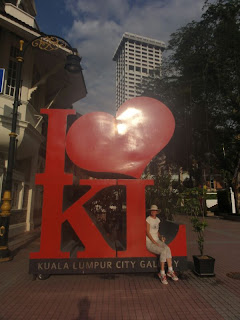 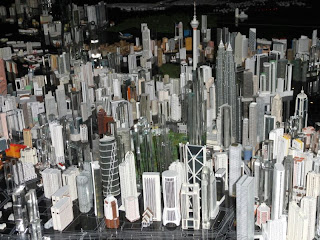 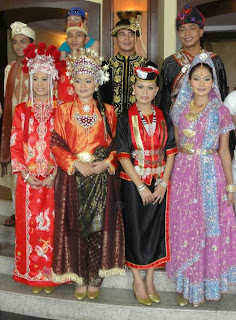 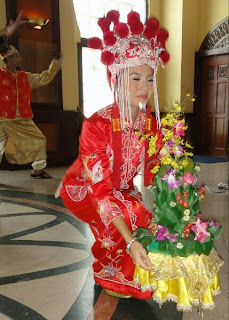 Saw an advert for a Free Heritage Guided Walk around Merdeka Square in KL.
We weren't expecting a great deal as it started at 9am on Saturday morning, but about 20 fellow tourists also arrived.
It was led by a lovely lady called Deanna, and there were also at least three other assistants from the Tourist Information Office following along helping us cross the road, etc.
It started nicely with a look at a 40ft x 50ft scale model of KL. This was good, but we had already been to see it twice in the last two days.
We then crossed the square, which actually means Freedom Square, because it was where the British flag was lowered in 1957.
We paid a visit to the National Textile Museum and then the Sultan Abdul Samad Building.
After that it got exciting as we went inside the City Theatre where a performance of local dancing had been arranged just for us! The dancers were dressed in the four national costumes of the major ethnic groups in Malaysia, the Malayans, the Sarawaks, the Chinese and the Indians.
Next we went in to the Cathedral of St Mary, then finally, over to the Royal Selangor Club.
I have no idea how or why this was a free trip, but it was completely brilliant. I thought they would ask for donations at the end of the tour, but they were just lovely, said goodbye and off they went.