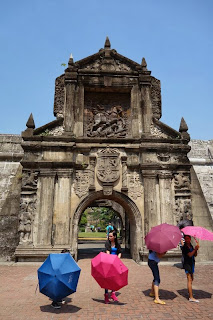 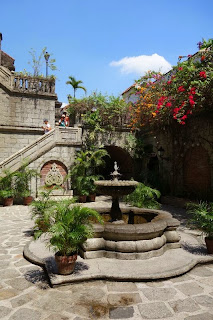 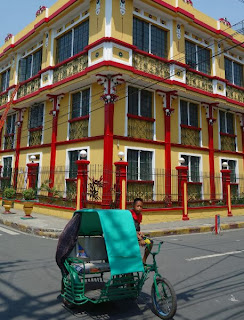 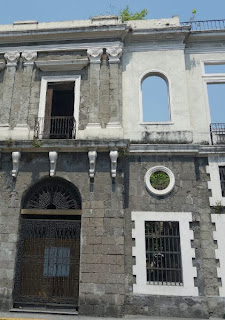 Arrived in Manila, the capital of the Philippines yesterday and set off to explore today.
The area around our hotel is extremely tatty and crowded, and it is the first time in South East Asia that we have seen lots of homeless people sleeping on the streets.
It is also upsetting to see that there are dirty, barefoot, tiny children begging for money.
After spending so much time in Malaysia, where you almost never see any dogs, it is a worrying surprise that there are loads here, as well as cats, kittens and chickens.
There are also a surprising number of security guards everywhere, our hotel has one who seems very friendly towards us, but there must be a reason why he is carrying both a gun and a truncheon.
We went to a famous area nearby called Intramuros, which is the oldest part of the city and is built inside a massive fortress.
During the second world war it was the scene of a siege between the Japanese, who had occupied the Philippines, and the Americans who liberated it in 1945. Thousands of local people were killed and the whole area was destroyed.
It is gradually being repaired and rebuilt and we had a good time wandering around.
There are still lots of derelict areas and pic four is a good example, as this building has not yet got its roof back.  However, it reminded me of the windows in Playschool (if you are old enough to remember it).